Tree Witch first appeared in the episode "To Cut A Woman's Hair." She asks Finn to gets some hair from Princesses so she can rule the world. If Finn didn't get the hair, she would've killed Jake by sucking him into her bottomless bottom. Finn had given her a piece of Princess Bubblegum's hair but it turned out to be plain bubblegum. So instead, Finn had shown his har for the first time and gave it to the Tree Witch in exchange for Jake.

Her dress is an old brown rag like outfit filled with stains. Her nose is long and pointy and has a few leaves at its end. She doesn't have hair on the base of her head, only on the sides. Her hair is a faded blonde color. 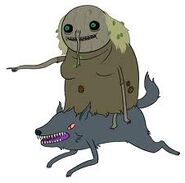 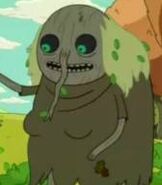 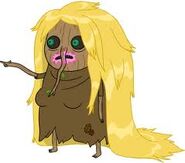 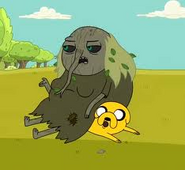 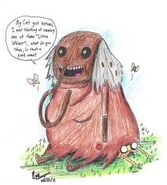