In the episode "Mystery Dungeon," she gets trapped in a dungeon along with Shelby, Ice King, NEPTR and Lemongrab.

The fly's wanted it, they can have it. - "Tree Trunks"

"Finn, it's not sexy for a King to call his Queen bannanas!" -"Cystals Have Power" 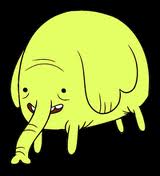 Modelsheet for a a bunch of Tree Trunks' 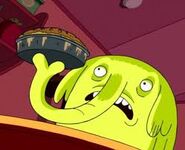 Modelsheet for Tree Trunks with Make-up on

TT being hel by Jake

Tree Trunks about to bite The Crystal Gem Apple 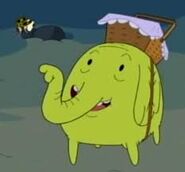 Add a photo to this gallery
Retrieved from "https://adventuretimesuperfans.fandom.com/wiki/Tree_Trunks?oldid=31693"
Community content is available under CC-BY-SA unless otherwise noted.