Toast Princess is a sibling with Breakfast Princess. She rules the Breakfast Kingdom with her sister. She and her sister, like other princesses, are often bothered by Ice King and need Finn and Jake to get rid of him. Her most notable showing thus far is in "Hitman," where she is seen eating a toast with her sister in bed before Ice King shows up to bother them. Finn then 'grounds' the Ice King, causing him to hire a hitman, Scorcher, to 'hit' Finn and Jake.

Toast Princess is a piece of toasted bread who wears a long red strap dress and a waffle crown. A cooked egg is placed on the left side of her head. 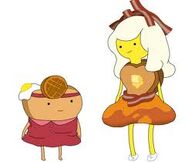 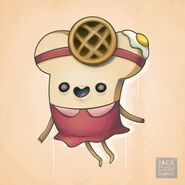 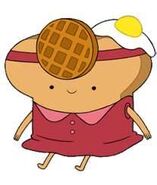