Her outfit consists on just a small hat that looks like a cat and some torso clothing. She uses a purple cloth or rags to cover her chest and part of her legs, and a purple cat hat to cover her hair. She is very tall compared to Finn, and most characters of Adventure Time. She is very strong, similar to Muscle Princess.

Susan being worried about the "Lub-Glubs"

Another picture of Susan's reactions to candy 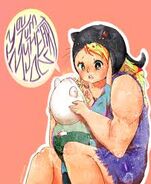 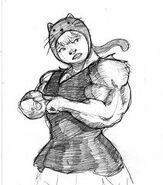 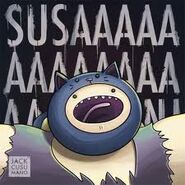 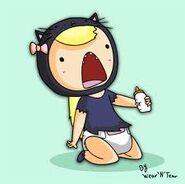 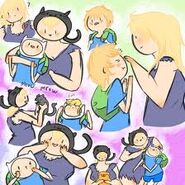 Add a photo to this gallery
Susan Strong/Gallery
Retrieved from "https://adventuretimesuperfans.fandom.com/wiki/Susan_Strong?oldid=29953"
Community content is available under CC-BY-SA unless otherwise noted.