Stretchy Powers is Jake's special ability, so he has powers to stretch his whole body, if needed to, and the same for Cake. It is unknown where Jake and Cake got their powers, because even they don't know themselves. They could have gained their powers, due to events near their birth, or they may have been passed down through their family. Lady Rainicorn also appears to have Stretchy Powers, as shown by Lady Rainicorn in "The Creeps." Jake cannot recall where he got his ability from, but he thinks it's because he rolled in a magic mud puddle, which is revealed in the episode  "The Witch's Garden." In the episode "The Limit," his powers are tested to the limit, hence the name of the episode, in search of Finn. 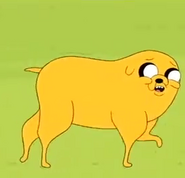 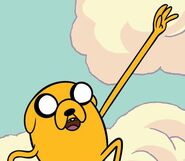 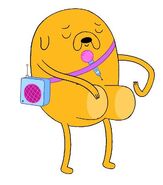