He is a white poodle with big black eyes and a black nose. He doesn't have a lower jaw, which is covered by his fluffy beard and a skinny tail with a puff of hair at the tip of the tail. It is similar to a bunny, but without the tail. 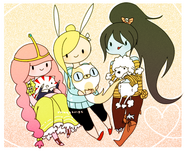 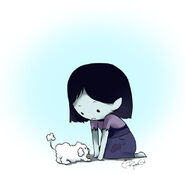