Mr. Cupcake first appeared in the episode "Slumber Party Panic." He shows off his muscular arms and usually flexes around ladies. He also played a part in Jake's romantic movie in the episode "Video Makers." Though, Jake doesn't like Mr. Cupcake flexing at Lady Rainicorn.

He is a very muscular cupcake. His head is white frosting, with a mustache on his face, and his wrapper is blue. His arms are orange, and he is chocolate under his wrapper. His wrapper is like his clothes. In "Evicted!," the Bee can be seen in his icing for two scenes. These two scenes are at Finn and Jake's party. 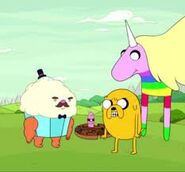 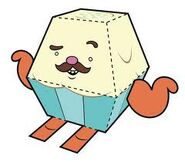 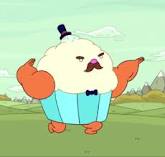 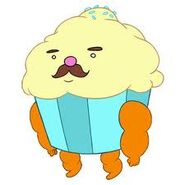 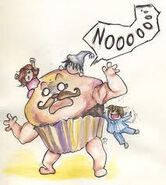 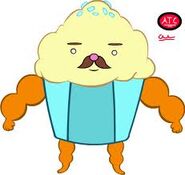