Start a Wiki
Are Princess Bubblegum & Marceline in a Best Friends Forever relationship or in a Haters relationship? Or perhaps something more than that? Show evidence to support or disprove this down below. We want to hear all of your thoughts.

In the episode "Go With Me " when Marceline was trying to get Finn with Princess Bubblegum, PB had shown a sign of dislikness when she sarcasticly said "Hey Marceline" to her. After that part, Marceline seemed to greet her with happiness. In the episodes "Video Makers" and "Power Animal," they seem to get along but this is because no contact between the two showed in these episodes. A much larger contact between the two began in the episode "What Was Missing," where their feelings about each other were revealed.

Marceline once gave Princess Bubblegum a t-shirt. In "What Was Missing" is was revealed PB kept the shirt and slept in them as pajamas. Marceline hadn't expected this, as she was surprised when she asked the princess: "You kept the shirt I gave you?" Marceline also sings in the song "I am just your problem": "I want to suck the red from your pretty pink face."

The show, being a PG production on Cartoon Network, does not give any real evidence as to the "adult" form of a relationship between Marceline the Vampire Queen and Princess Bubblegum of the Candy Kingdom. It does not show any real evidence to the contrary either, and the recent spin-off comic series of Marceline and Princess Bubblegum hints that there will probably be more as the series progresses. 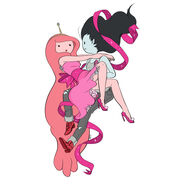 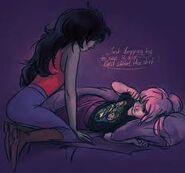 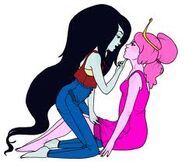 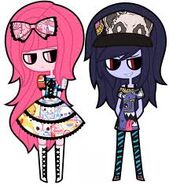 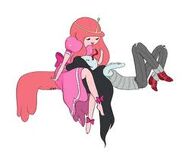 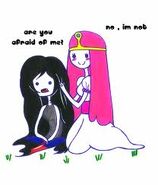 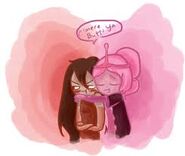 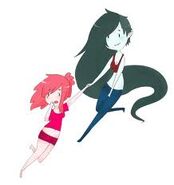 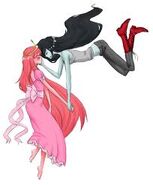 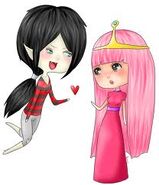 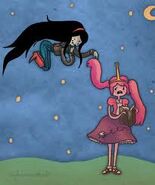 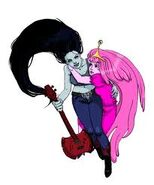 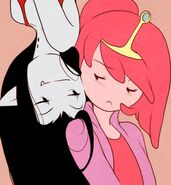 so close to each other 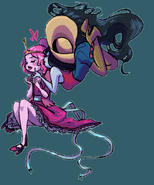 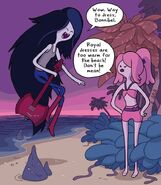 Marceline and PB sitting in a ...... somewhere 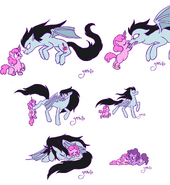 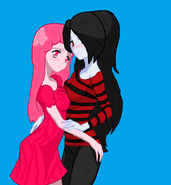 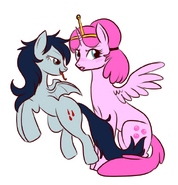 And they call it pony love

Thay are so close

They enjoy their time together 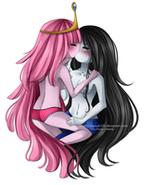 Add a photo to this gallery
Marceline & Princess Bubblegum/Gallery
Retrieved from "https://adventuretimesuperfans.fandom.com/wiki/Marceline_%26_Princess_Bubblegum?oldid=32566"
Community content is available under CC-BY-SA unless otherwise noted.