He's a large ox like humaniod with brown fur and a broken ring in his nose. He has 2 long horns and 2 braids on his beard. 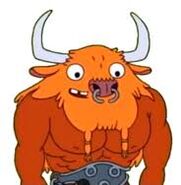 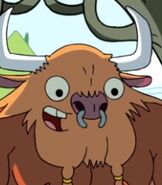 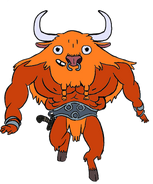