Jungle Princess makes a brief cameo appearance in "What is Life?" and appears in the title card in, "Loyalty to the King." Near the end of the episode, she can be seen in an aerial view when Jake is using his ear-shield to push through the princesses. No one really knows much, it is unknown about herself and the kingdom she rules.

She has turquoise skin and long dark purple hair in a long updo. Her "dress" is made of dark leather and her body is covered in ceremonial paint. She has a little golden crown resting on a skull in her hair, which also is probably part of the crown. Her dress resembles a brown bikini and looks like it was handmade, due to the torn edges.

She is very confident, but also very brutal. 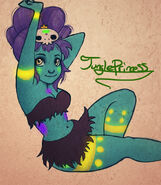 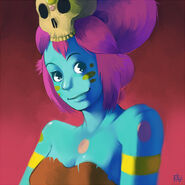 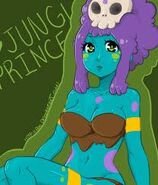 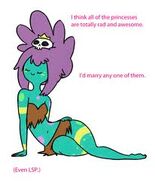 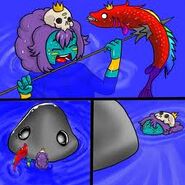 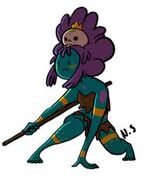