It is a normal brown wooden viola with a matching brown wooden bow. But in the episode "What Was Missing," Jake smashed his viola and "quits" the band. Later, whe Jake comes back, it is fixed. It is unknown if Jake himself fixed it, or whether it was just a not-thought-through animated scene. 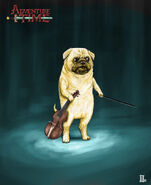 Jake with his viola 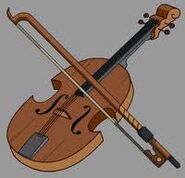 A Modelsheet for his viola 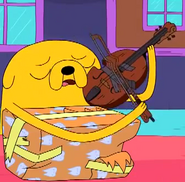