Ice King and Marceline have known each other longer than anyone else in the show. What if they were together? 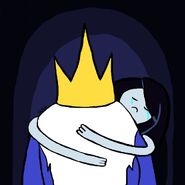 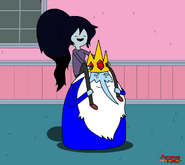 Add a photo to this gallery
Retrieved from "https://adventuretimesuperfans.fandom.com/wiki/Ice_King_%26_Marceline_(Romance)?oldid=32001"
Community content is available under CC-BY-SA unless otherwise noted.