Gunter is a character from Adventure Time. Gunter is said to be multiple amount of penguins. They are Ice King's pets or servants. They made their first apperance in the episode "Prisoners of Love," due to the fact that many penguins were seen in this episode. But the main penguin is Gunter. Gunter is the Ice King's main pet/servant. In the episode "It Came from the Nightosphere," Gunter is known as the most evil creature in the land of Ooo, as stated by Hunson Abadeer. Gunter is shown to be pregnant in "The Chamber of Frozen Blades" and he gave birth to a kitten-like thing. Even though its appearance is cute and cuddly, don't leave it anywhere near bottles and glasses, as he likes to break them as in the episode "Still." In "Reign Of Gunters," Gunter turns evil, makes a bunch of copies of himself, and makes a giant Gunter, using all of the copies, and attempts to destroy Ooo. Gunter is the most annoying of all servants of ice king. It is hinted that particular penguins are called a variant of this name by the Ice King, such as: 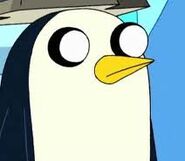 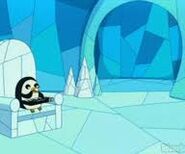 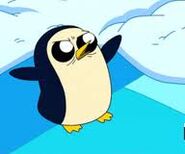 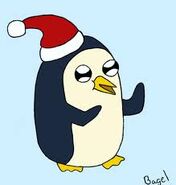 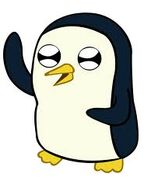 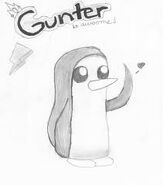 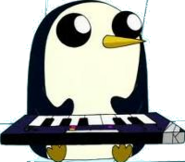 Retrieved from "https://adventuretimesuperfans.fandom.com/wiki/Gunter?oldid=31788"
Community content is available under CC-BY-SA unless otherwise noted.