Fionna & Cake are good friends that hang out together and are like sisters to each other. They are very similar to Finn & Jake's friendship.

They have been together through a lot. When Fionna doesn't know what to say, Cake fills her in. Cake also calls Fionna "Fi." We don't really know anything about their background story. They have possibly been friends for a very long time. It is unknown if Cake is a sister to Fionna like Jake is to Finn, due to the fact Cake was raised by Ice Queen.

Obviously, they have a huge amount of sisterly love, like Finn and Jake's brotherly bond.

They may be sisters.

Fionna has unattractively fat legs, but their easy to ignore ... at least sometimes they are. 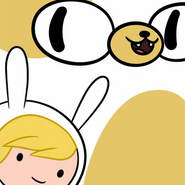 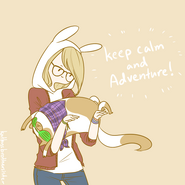 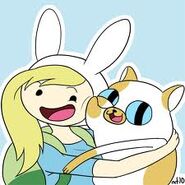 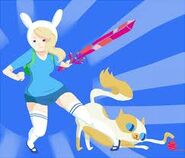 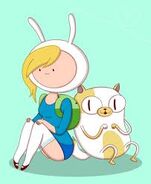 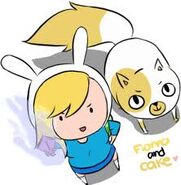 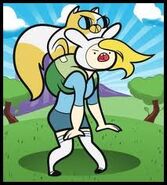 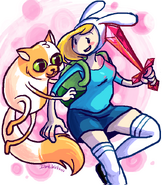