Bouncy Bee is one of the enemies in the fictional game Guardians of Sunshine. He is also one of the antagonists in the episode of the same name. When Finn and Jake fight Bouncy Bee from outside the game, he is a very easy enemy, but when in the game, they learn that he is a lot stronger, and end up running from him. When Finn and Jake accidently release Sleepy Sam, Honey Bunny, and Bouncy Bee, they try to kill BMO so that they can't be returned to the game. They are then defeated by Finn when he does the Combo Move.

He's green and has a large circular shape with spikes located all over his body. His face is simple like most characters. 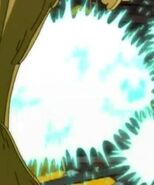 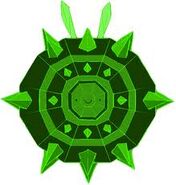