This is for the city. For the episode, click here.

Beautopia is a city seen in the episode "Beautopia." It is now the primary living space of the Hyoomens, but used to be the former home of the Lub Glubs. It appears to be a dome-shaped city, but the top is missing. There is a pillar in the center of the city called the City Heart. It is lit with fire to keep the Lub Glubs away. Susan Strong and the Fish People now live in Beautopia.

In the title card of the episode Beautopia looked like a large doom with many windows, the letters on the title card showed what was inside such as homes, pools, parks and shops.

Beautopia now is in major wreak due to it being taken over by the Lub Glubs and being abondon by it's people. In the center of the city lays the city heart. It is a large tower in the center with a large cradle on top. When lit, the city becomes illuminated with the light of the fire. 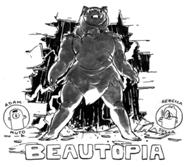 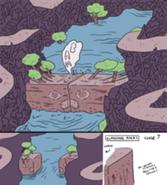 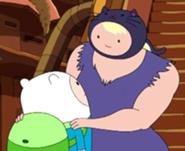