Baby Snaps appeared in the episode "Princess Cookie." He was

inspired by Princess Bubblegum to become a princess like her, but when PB heard his wish, she just giggled at him. Baby Snaps thought that was an insult to his dreams, and formed a grudge against PB. In this episode, Baby Snaps held hostages in a local store within the Candy Kingdom, and would only let the hostages go free for Princess Bubblegum's Tiara (crown). Baby Snaps also has friends that are little chocolate chips that detach from his body, each one is given a name as well; Chip-per, Chip-alina, Chip-ler, Chip-ton and Chip-face. After being fixed and sent to a mental institution, Jake gave Baby Snaps a crown made from a single flower. He is princess of the Grass Kingdom or the mental institution. 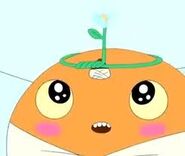 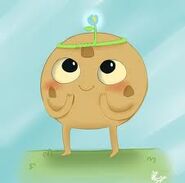