The Axe Bass is a axe and bass guitar mixed together. It was originally just an axe which belongs in Marceline's family. Marceline plays music on this object frequently and has performed a number of songs with it. Marceline's Dad (Hunson Abadeer), dislikes the fact that Marceline turned it into "some kind of lute," which upsets Marceline because it was a "bass." It is hinted in various episodes that it contains magical powers, such as cutting a portal to anywhere.

It is a red axe with a couple of chips on its right wedge. It has strings attached by the base and it has a spike at the bottom that is used for having a strap, but it appears Marceline uses it strapless. In "Henchman," the edges of the bass were silver, but in every other episode they are red. 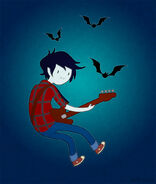 Modelsheet of the Axe Bass 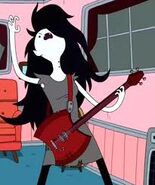 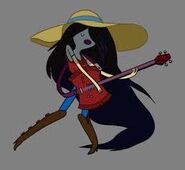 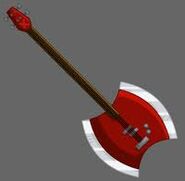 The axe bass in "Henchman" 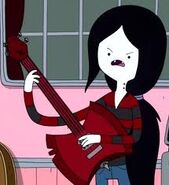 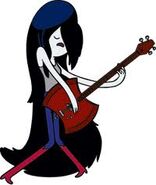