Ash was Marceline's boyfriend at some point in the past. This is revealed in the episode "Memory of A Memory," where Ash makes his main and only appearance. Ash and Marceline originally moved into Finn and Jake's treehouse together. Ash is shown as arrogant, selfish, and generally sexist, though, as seen through the eyes of Marceline's memory, he was not always such a bad guy. Marceline broke up with him because he sold her favorite thing in the world (a teddy bear named Hambo) to a witch either for, or for the money for, a cherry blossom wand with real cherry blossoms. In "Memory of A Memory," Ash tricks Finn and Jake into going into Marceline's memory and taking the memory of their breakup, which he then destroyed. He then starts bossing Marceline around and acted like the breakup never happened. Finn ruins Ash's plan by sending Marceline into his own memory where Marceline saw Finn's memory of him watching her memory of their breakup. After exiting Finn's memory, the two of them started beating up Ash, and he has not been seen since. 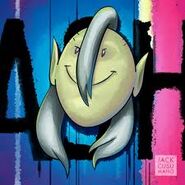 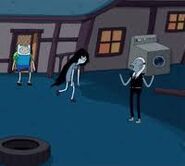 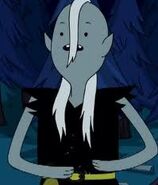